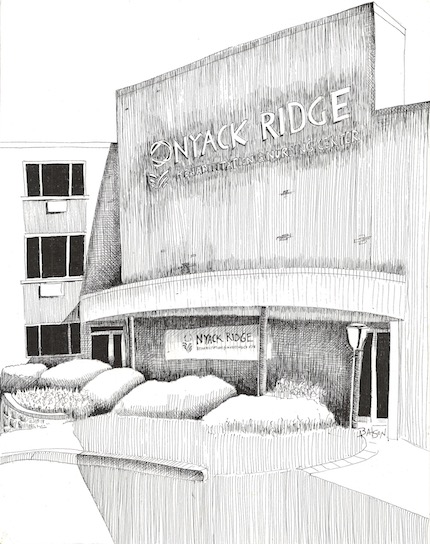 By 2030, The U.S. Census Bureau projects 74 million Americans will be seniors citizens, nearly one quarter of the population. Increasingly, families will require facilities that can meet the needs of the more frail elderly by providing residential settings that include medical, therapeutic and recreational services. Michael Braunstein took the helm of Nyack Ridge Rehabilitation and Nursing Center in Valley Cottage in January 2018 cognizant of the challenge at the heart of this trend. Paraphrasing the 90’s rock band REM, Braunstein works to make Nyack Ridge a place full of “smiley, happy people,” by pursuing clinical excellence and a strong connection to the community. 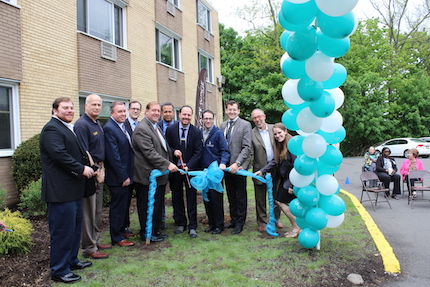 Michael Braunstein with scissors, with George Hoehmann to his right and Edward Braunstein, Administrator Josh Lowinger and Village of Nyack Mayor Don Hammond to his left

Braunstein is a third generation nursing home operator. His grandfather bought a Nursing Home in the Bronx in 1956, serving as administrator. His grandmother was the cook. As a self-described nursing home brat, Michael would play bingo with the residents and serve tea. When Michael graduated from college, he took a position at a nursing home owned by his father, who had followed in his father into the family business. “From those early years, I’ve learned that its important to communicate with the staff and residents. To try to understand what their needs are. For the residents, this is their home. You want to make them as comfortable as possible,” Braunstein said. 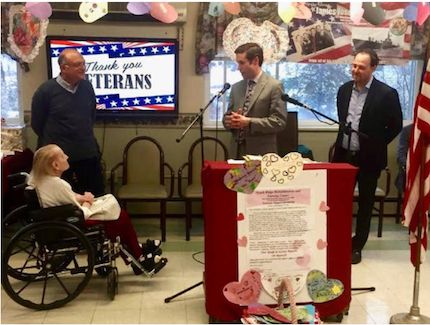 Braunstein’s father was on hand at recent ribbon cutting ceremony organized by his son to inaugurate the new management team at what was formerly Nyack Manor Nursing Home. Residents sat under a clear blue sky, serenaded by the African drums of local percussionist Arthur Lorde and were treated to sweets from an ice cream truck. Setting the tone with brief remarks, Braunstein welcomed Clarkstown Supervisor George Hoehmann and Nyack Mayor Don Hammond to officially launch the new name Nyack Ridge Rehabilitation and Nursing Center. 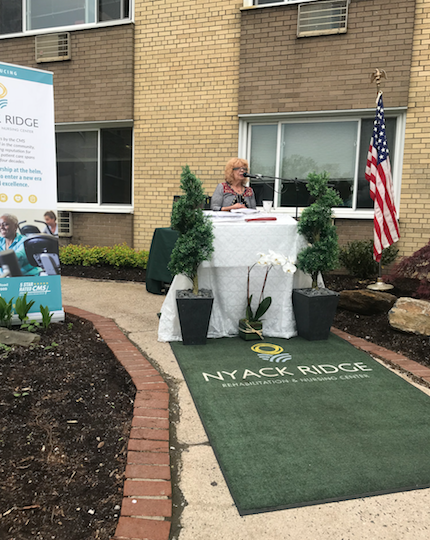 Braunstein has noted that the character of Nyack Ridge is shaped by a staff that includes members that have reported to work for decades. The facility manager and one of the receptionists has been on the job since the 1970s.  The date of the ribbon cutting was chosen to coincide with skilled nursing week to acknowledge the pivotal role good staff play in the successful operation of any health care facility. At Nyack Ridge a staff of approximately 200 men and women work tirelessly to provide health care, food, housing and recreation up to 160 residents.

“When we came to Nyack Ridge, we wanted to make sure that the public knew that we provide more than long term care,” said Administrator Josh Lowinger in explaining why the word rehabilitation comes before nursing in the facilities title. “Whether you require intense rehab or can only handle a more gentle approach – our therapists individualize your program to facilitate and encourage independence and to make your stay as short as possible.” 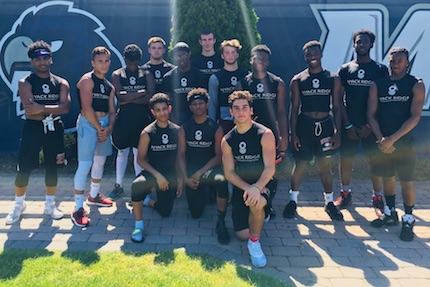 Nyack Football Team with a Nyack Ridge logo on their uniforms

One staffer that touches the lives of all the residents and helps cement the tie between Nyack Ridge and the community is Josephine Andaloro, Director of Therapeutic Recreation and Volunteers. Andaloro engages the interests and talents of the residents and gives them opportunities to interact with each other and the community at large. In February, Andaloro continued a civically-minded Valentine’s Day tradition that she started when she arrived five years ago. 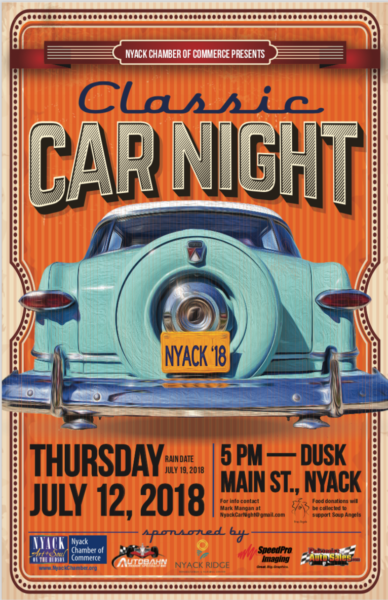 Partnering with local schools, charities, churches and veterans’ organizations, Nyack Ridge and its residents created over 3,600 hand-crafted hearts that were delivered to active duty and returning soldiers. As part of the ceremony when the hearts where given to Mike McWilliams, Veteran Services of Rockland County, New York State Assemblymember Kenneth Zebrowski presented a resolution celebrating the life of 102-year old Nyack Ridge resident Assunta Lombardi.

When Clarkstown Supervisor Hoehmann spoke at the ribbon cutting in May, he noted the significance of the fact that Nyack Ridge has received a five star rating from the Center For Medicaid and Medicare Services. CMS is a part of the Department of Health and Human Services (HHS). “Nursing homes with 5 stars are considered to have much above average quality and nursing homes with 1 star are considered to have quality much below average,” according to their website. Maintaining that five star rating and keeping everyone smiley and happy are Braunstein’s goals. As our population ages, having an award winning, upbeat, community oriented institution like Nyack Ridge is something to smile about.